This musical is based on Louisa May Alcott’s Little Women, which was about her own family’s experiences and follows the adventures of Jo, Meg, Beth and Amy March during the American Civil War. This is a show targeted for young people and adults since it deals “with issues as relevant today as when they were written.” Director Caity Quinn has enhanced the musical by writing and inserting monologues “from the perspectives of modern-day children reading Little Women” telling how the book impacted their lives.

“As we tell the musical story of the March sisters, each modern actor is dealing with a different real-world challenge: disabilities, child labor, immigration, child marriage, eating disorders, lack of education, gang violence, racism, poverty, religious fanaticism, losing a parent to war, all issues that are touched upon and addressed in our version of the Broadway musical, Little Women. There is loads of comedy, fantastic songs, and a few heart-breaking moments.”- Caity Quinn

Performed December 5-8, 2013 at the Spriet Theater, London, ON by members of the Original Kids Theatre Company. 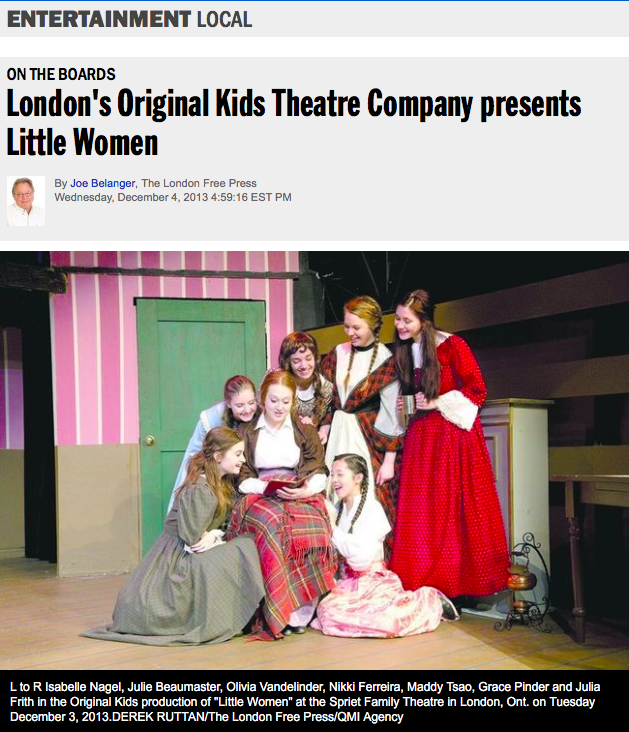 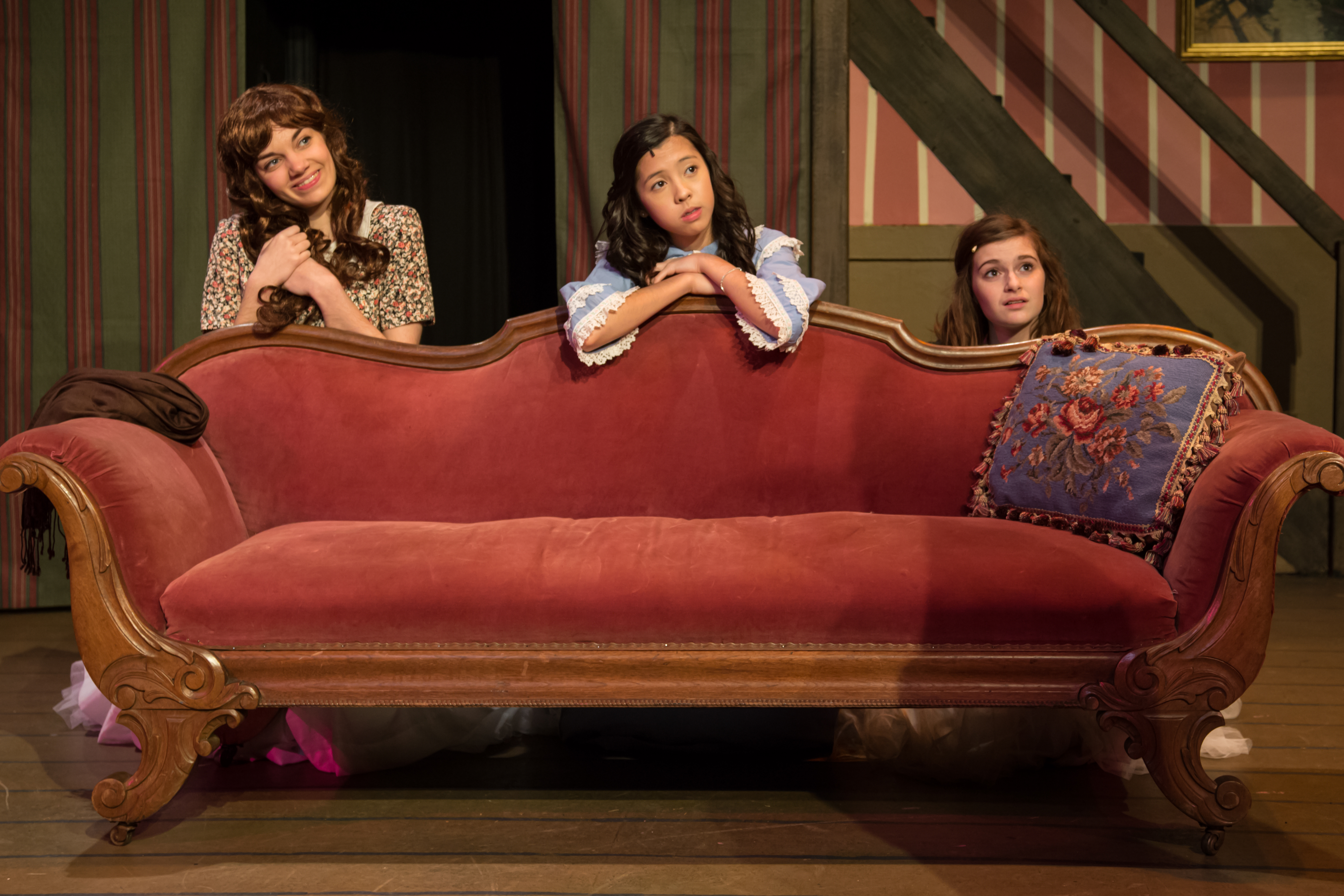 What People are Saying:

"Her directorial concept transcended the musical’s structure in order to comment on current global issues, and created a space for modern day “little women” and boys to find their own experiences reflected in the lives of the 18th century protagonists. Personally, I found her production to be one of the most innovative, as well as emotionally and intellectually thought-provoking, productions in our 23-year history." -OKTC Board Member Art Fidler