Her Eternal Crown is a 40-minute exploration of the lives of two real-life Iranian women, Tahirih and Mona, who withstood persecution and oppression to fight for women’s rights and religious freedom in Iran in the 19th and 20th centuries.

Targeted because of their belief in a new religion, the Baha’i Faith, both Tahirih in the 1840’s and Mona in the 1980’s were eventually executed.

Their only crime? Daring to proclaim the oneness of humanity and the equality of men and women.

Tahirih spoke these courageous last words before she was strangled to death;

“You may kill me as soon as you like, but you can never stop the emancipation of women.”

Only 17 years old when she was killed in 1983​, Mona was reported to have gone to her execution with a radiance and serenity that astonished those who witnessed her death.

Intertwining live theatre and dance, Her Eternal Crown, is a moving portrait of two women who risked it all for freedom and justice. 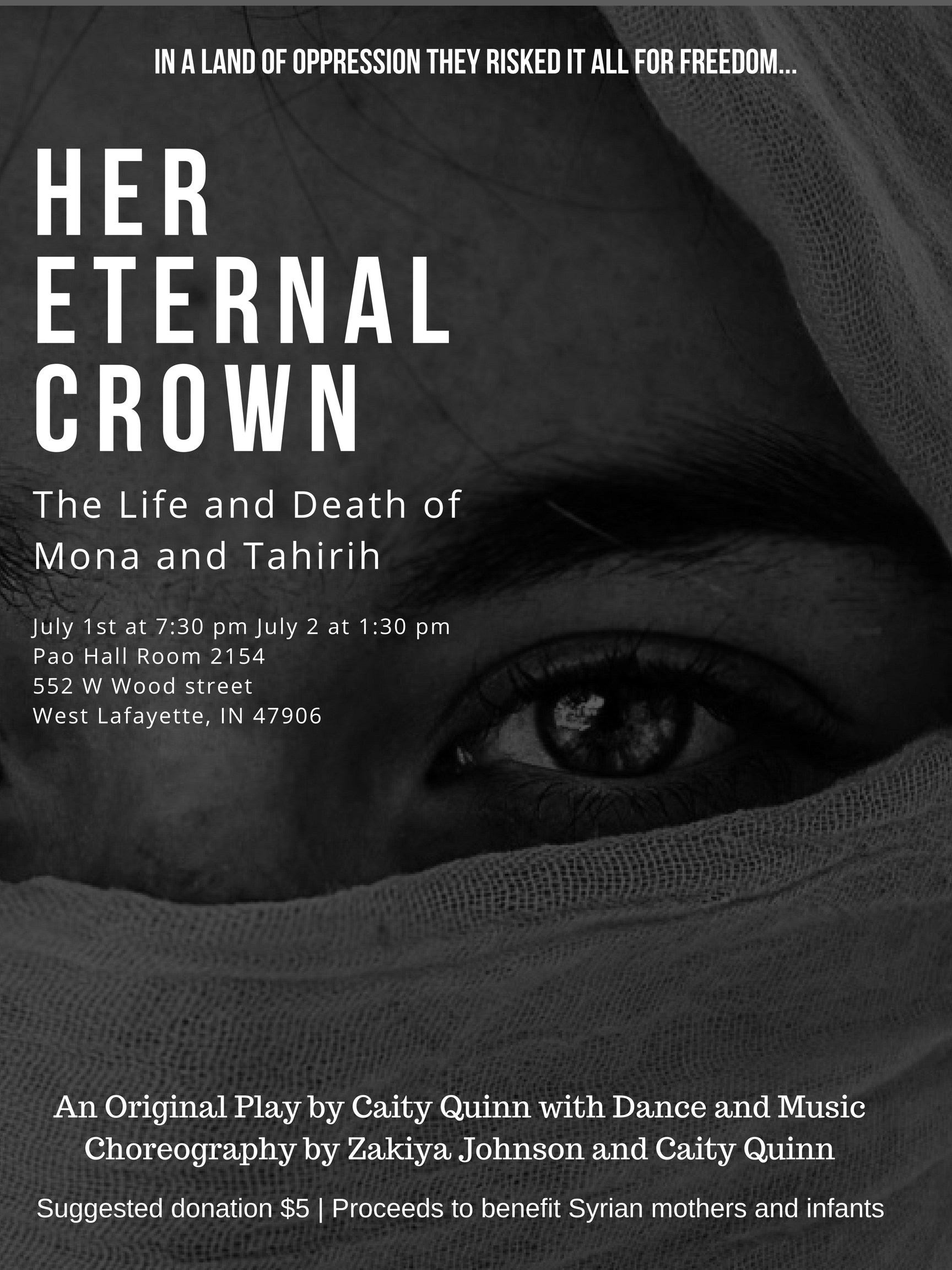