American Refugee is a burlesque tragicomedy of sex, love, and rock n’ roll set amidst the ruins of America. In this dystopian landscape, one girl dares to dream of a better world far away in the icy Canadian arctic. The last refuge of artists and philosophers in a world controlled by despotic corporations, this final frontier of untouched beauty becomes the only beacon of hope for Lulu, who finds her innocence increasingly threatened by the power-hungry and fame obsessed adults in her life. A chronicle of finding hope even in the darkest of times, American Refugee intertwines burlesque and opera with a powerful story of violence, love, and redemption to create a visceral in-your-face theatre experience.

An exploration of the impact of war and sexual violence on both men and women, American Refugee addresses the links between capitalism and the performance of sexuality, and the various ways in which women are forced to perform femininity in order to access power and resources. The religious hysteria and hypocrisy so rampant in America runs like a thread throughout the play's narrative, coloring scenes with the unique blend of puritanism and sensuality that has to come to dominate the American identity.

“A highlight for me was a scene where Amy King sings and dances under a spotlight while her mother performs a strip show on the other side of the stage. The juxtaposition was effective, and King’s graceful movements and flawless lip syncing really conveyed an intimate tenderness that was quite arresting within the context of the scene” — Erin Jane in Review Vancouver

“VANCOUVER — In an era where a reality television star can hijack an election on a platform of fetishizing intolerance, greed, pride, and the extinction of empathy, it stands to reason that art would begin to examine the ultimate landscape of the successful completion of such a campaign..." — Jennie Orton in Beat Route 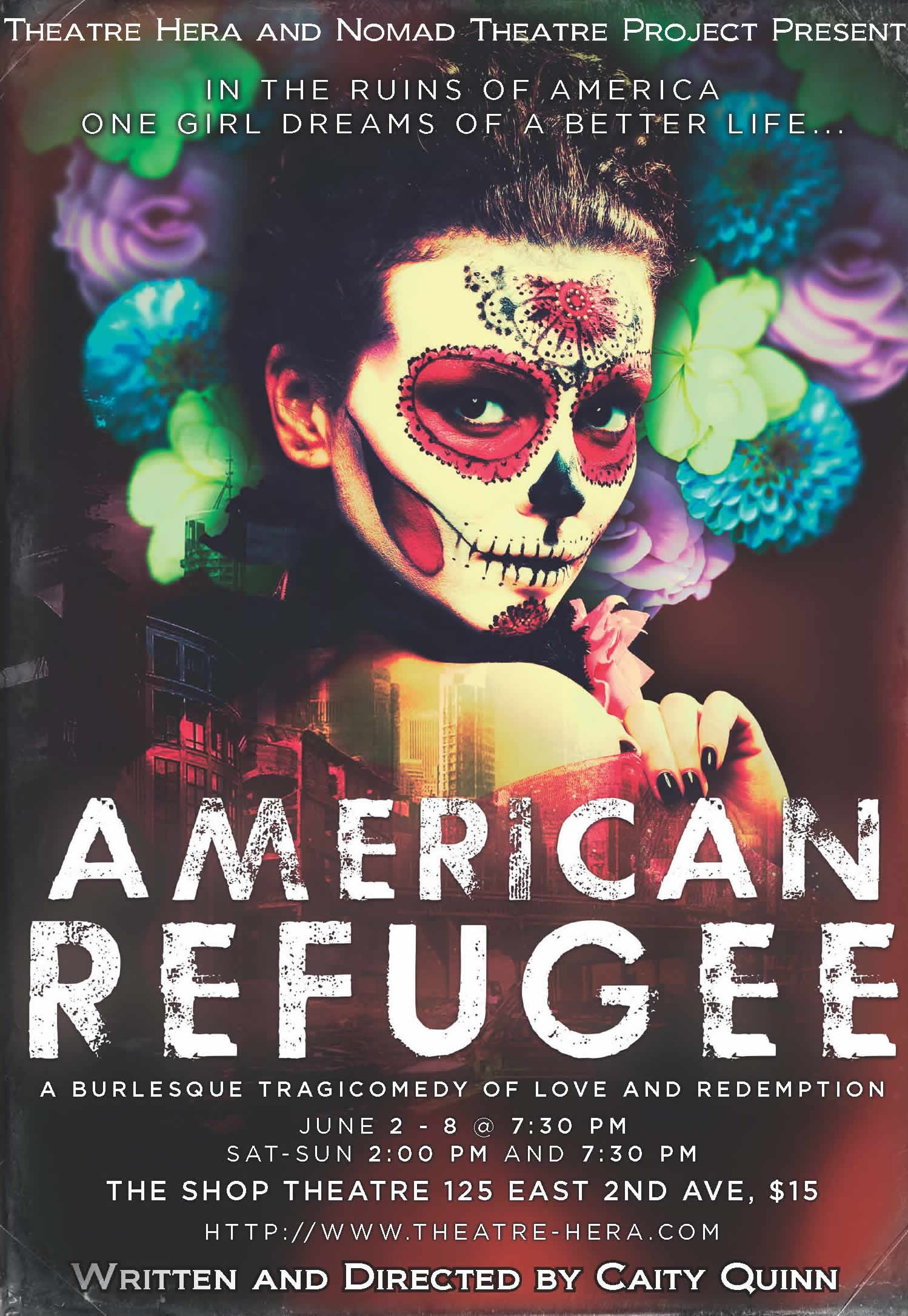